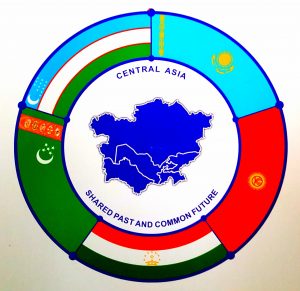 On March 15 and 16,  a summit  of  the five  Central Asia states (Kazakhstan, Kyrgyzstan, Tajikistan,  Turkmenistan,  Uzbekistan )  is   taking place  in Astana, Kazakhstan,  to discuss regional issues and adopt a common stance on different concrete  projects. Four presidents are participating to the meeting.

Kazakhstan’s Nursultan Nazarbayev president and Uzbekistan’s Shavkat Mirziyoyev are at the core of the process, and the region’s two largest countries leadership play a role somewhat similar to the Franco-German engine at the origins of the European project. Tajikistan’s Emomali Rahmon and Kyrgyzstan’s Sooronbay Jeenbekov president and the speaker of  the parliament of Turkmenistan, Akja Nurberdieva. will also attend the summit.

This summit of Central Asian states confirms the commitment of Central Asia governments to initiate an irreversible diplomatic process  of high level consultations to identify the common geopolitical and geo-economic interests of the region.

It gives substance to the  decisions take during the  international conference « Central Asia, Shared past and Common future, Cooperation for Sustainable Development and Mutual prosperity » organized in Samarkand, Uzbekistan, on the 10 and 11 November 2017. This  event was a great success for the Uzbek president of Uzbekistan, Mr Shavkat Mirziyoyev and Uzbek diplomacy, as the first promoter of this idea. It  marked a breakthrough in this respect and aroused great interests and high ranking guest represented states and international organizations. It was organized by the government of Uzbekistan, the UN regional centre for Preventive Diplomacy for Central Asia and the UNDOC Regional office for Central Asia. During this conference, Federica Mogherini – High Representative of the Union for Foreign Affairs and Security Policy/Vice-President of the Commission therefore acknowledged that EU and Central Asia shared « the same security interests ».

Since the election of the new president of Uzbekistan, Central Asia became  the core priority of Uzbekistan’s foreign policy, and the new doctrinal focus is about creating stability, security and good-neighbourliness belt around Uzbekistan. The objective is to take advantage of the huge unrealized potential of the region. It is also aimed at  to making Central Asian States more influential and prosperous, reversing geopolitical fragmentation risks on the Eurasian continent, projecting stability in Afghanistan and better take advantage of the New Silk Road initiative. The future East-West transport, economic and energetic corridors offer a new horizon for  Europe on its Eastern flank.

This new process is not about  creating a new international organisation in Central Asia or any integration structure with supranational bodies, but to organize regular  meetings of the Head of Central Asian states and Central Asian foreign ministers to implement a program of cooperation on borders security, terrorism, distribution of water resources, trade, transport and energy infrastructures for connectivity, but also in education, science, tourism and culture.

This initiative has the potential to become a new model for stability and peace in Eurasia. This is why this initiative is receiving attention and support from European states and EU, since it matches European geopolitical interests. It is in the interest of European nations and EU to face a more stable and multicentric world as it would offer new opportunities for European and Asian nations and states on the Eurasian continent.