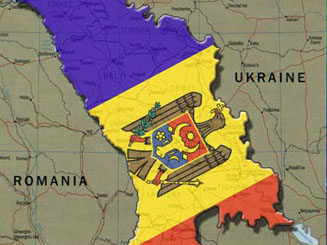 Moldova, a country at the heart of European geopolitical rivalries

Moldova, a country of the Eastern Partnership of the European Union, is torn between two contradictory geopolitical orientations that are reflected in the opposing postures of political parties and politicians. The current government, whose Prime Minister is Pavel Filip since 2016, is in favor of an orientation towards the European Union whose objective is to westernize the Eurasian flank as far as possible, while the president Igor Dodon, elected in 2016, is skeptical of the European Union. The Moldovan president is in favor of a traditional model of society that favors the role of « bridge » for Moldova between Russia and the EU. The main goal of the pro-Western movement represented  in the government  is to win the parliamentary elections in November 2018, against their main opponent, the Socialist Party of the Republic of Moldova ;more in favor of a rapprochement with the Economic Union Eurasian.

The Moldovan President wants a renegotiation of the Association Agreement with the European Union which entered into force in July 2016L  Against the advice of his government, he has come closer to the Eurasian Union (Russia, Armenia, Belarus and Kazakhstan ), to obtain an observer status for Moldova. The president has little room for maneuver and its geopolitical orientation requires a prior change of majority in the legislative elections scheduled for 2018 since his party has now a minority status in parliament. Favored by very favorable polls, the pro-Russian party of Igor Dodon has a good chance of winning elections against the pro-European movements discredited by corruption cases. There is an emblematic case where the disappearance of a billion euros of Moldovan banks is being investigated. This evolution reflects the main geopolitical orientation desired by the citizens, but the unity of the country is fragile. However, Moldova’s rapprochement with the European Union, like the other countries of the Eastern Partnership, is more motivated by the goal of those who support the Euro-Atlantist orientation. They want to exclude these countries from their links with Russia, and care less about their added value for the Member States of the European Union or  the national interests of these countries themselves. Moldova is therefore no exception to the specific problematic of the Eastern Partnership countries: their internal divisions are being instrumentalized by States wishing to enlist them in their efforts to weaken Russia. The implicit objective of the EU Member States that most support the Eastern Partnership (notably Poland, Sweden and the Baltic States), although officially denied, is a long-term accession of these countries to the EU. According to this scenario, these states would use their new EU membership status to curb the relationship between the European Union and Russia, to the detriment of the vision of the other member states as happened during the last enlargements. Romania criticizes the annexation of Crimea to Russia, but distributes passports to Moldovan citizens  in order to annex Moldova to Romania, in the longer term.

This scenario does not correspond to the interests of the states of the Union such as France, Italy, or Spain who want peaceful relations with Russia and focus on the geopolitical threat from the arc of crisis south of the Mediterranean. The relationship with these countries should be conceived as a « bridge » between East and West and not as « front ». The moment has not yet come for a favorable development in this direction. Crime and corruption in Eastern Partnership countries has been strengthened by a shock therapy to spread ultra-economic liberalism. This situation is not only a problem for the Eastern Partnership countries themselves, but also for the members of the European Union. The visas granted to nationals of the Eastern Partnership countries, encourage mass migration and further weaken these countries which are emptying their workforce. The latest report by EU experts on the Eastern Partnership further highlights the degree of corruption at different levels of power in Moldova. The investigation into a scandal amounting to billions of aid to the Republic from public banks has still not been successful. With regard to the rule of law, which is a requirement from the European Union, it seems that « double standards » are applied to orientate as soon as possible the Eastern Partnership countries to wards Euro-Atlantic institutions. Proceedings were launched in March 2017 against the Moldovan Iurie Rosca, former Deputy Prime Minister and Deputy Speaker of the Moldovan Parliament, traditionalist and influential conservative orthodox  activist for the preservation of tradition, Christianity and friendship Moldova / Russia in his country, and four times deputy. He is now  accused of anti-regime propaganda and may be sentenced to 7 years in prison for offense of opinion. This case has not provoked reactions from the western media and the EU  usually so  quick to denounce the arrest of journalists in other countries. The arrest of RIA Novosti’s chief editor in Ukraine, Kirill Vyshinsky, has similarly provoked no reaction from the Western media.