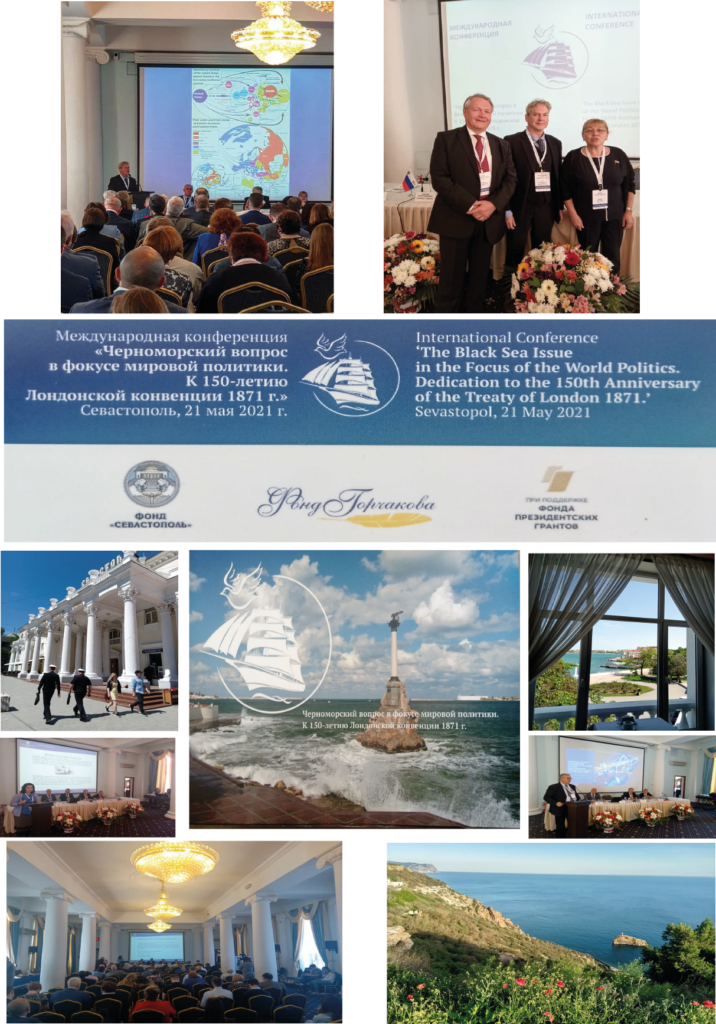 APPEAL of the Participants of the International Conference

‘The Black Sea Issue in the Focus of the World Politics. Dedication to the 150th Anniversary of the Treaty of London 1871 to Mass Media of the Countries which Took Part in War Actions in Crimea

We, lecturers and employees of scientific, educational and research institutions and centres of  Belgium, France, Germany,  Italy, Russia, Sweden, Switzerland, independent experts, business representatives, members of historical, cultural, youth, sports, student and public organisations of Crimea, upon holding in Sevastopol the conference dedicated to the historical and current issues of the world geopolitics in the Black Sea region, have to underline our deep concern with the following:

From Sevastopol, which entered into the world history as the crossroads of the military and strategic interests of the global great powers, we are appealing to the mass media of the states which soldiers, officers and generals are forever buried in the Crimean land: Have not the bloody battles of the 19th and 20th centuries taught anything and anyone indeed?

As it is known, a journalist’s pen is equated with a bayonet. We call on the representatives of the ‘Forth Power’ to thrust these bayonets into the ground and use their pens to solve the most pressing problems of our time by joint cooperation rather than by confrontation.

The conference participants are coming up with a number of new initiatives that can serve to neutralize military threats and increase international trust:

– to hold a round table of the most famous journalists, writers, political scientists and philosophers from the countries that participated in the Crimean War and WWII in Livadia Palace, Yalta, where the heads of Great Britain, the USSR and the USA in 1945 agreed on peace and establishment of the United Nations after the most terrible war in the history of mankind.   The agenda is inspired by the works of Leo Tolstoy, participant in the Sevastopol defence in 1854-1855: ‘Crimea of ​​the XXI Century: War or Peace?’ This should be an open discussion of authoritative representatives from different countries about the destiny of the Earth, broadcasted to the whole world;

– to launch an international program ‘Crimea as the International Health Resort’ for the rehabilitation of post-COVID-19 patients in sanatoriums, rest houses and boarding houses of Crimea, known for its unique natural healing resources, the long-term experience of physicians and the scientific medical base, which presently is being significantly improved.

– to hold the international music festival in support of peace with the participation of the world’s leading performers of rock and classical music titled ‘The Charge of the ART Brigade’ on the Balaklava battlefield of 1854, immortalized by Lord A. Tennyson’s poem ‘The Charge of the Light Brigade’. The word “ART” in the title means “artistic”. The embodied in music call of world renowned cultural figures for peace will be a powerful contribution to curbing the growth of international tension.

– to offer foreign stakeholders joint programs of international scientific, student and school exchange related to the specialized activities of scientific institutions, universities and tourist facilities in Crimea, contacting the authorities of the city of Sevastopol, the Republic of Crimea and the Russian Federation to create additional financial incentives, simplify customs and border procedures for participants in these programs.

We invite reputable international media to support these initiatives and to promote their implementation. Moreover, the participants of the conference in Sevastopol call all well-known journalists to look around and make the only right decision in the choice between war and peace.

Adopted at the plenary session of the conference.

To be sent to the leading mass media of the countries participating in the wars of the 19th and 20th centuries in Crimea.